How I Met the Hubby | Boudoir Photographer Personal Blog

How I Met the Hubby | Boudoir Photographer Personal Blog 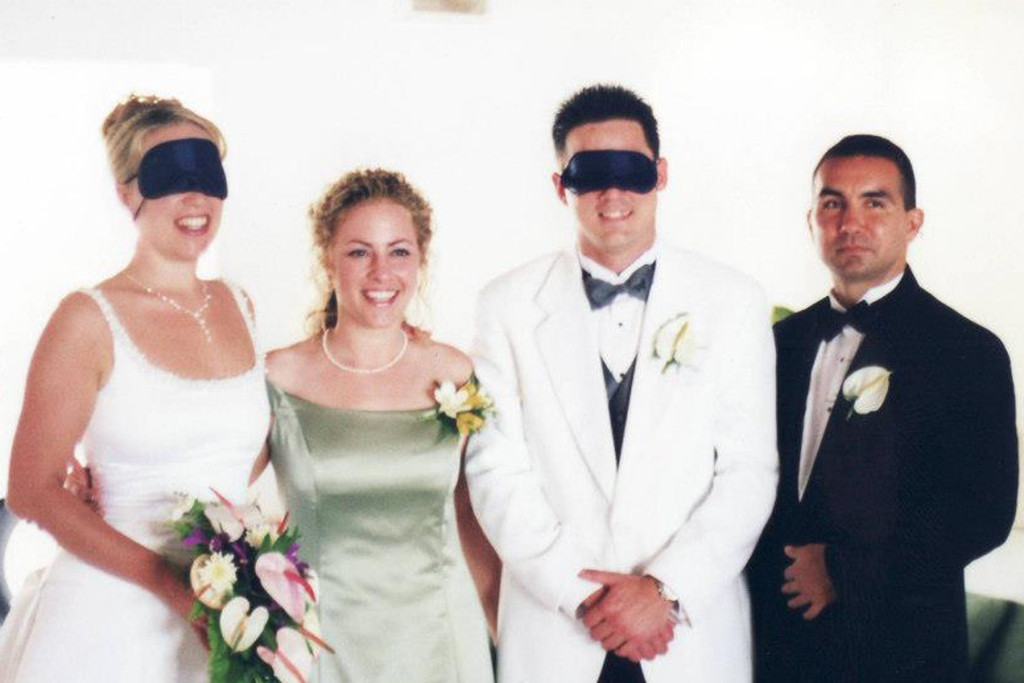 We rode in the limo together, so our friends made sure we couldn’t *see* each other before the ceremony.

Married the high school enemy…that caught your eye, did it? Of course it’s my favorite story to tell, and I figured I’d leave it here since I end up telling it over and over. It’s kinda long…

Once upon a time, I walked into band camp a few weeks before my freshman year of high school started. I laid eyes on a guy in the drum section and we locked eyes. For whatever reason (I say it’s because he killed me in a past life-haha!), we immediately, and I mean immediately, took a dislike to each other, and it wasn’t mild. It was visceral, ugly, I-want-you-to-fall-off-the-face-of-the-earth deep. It was mutual. 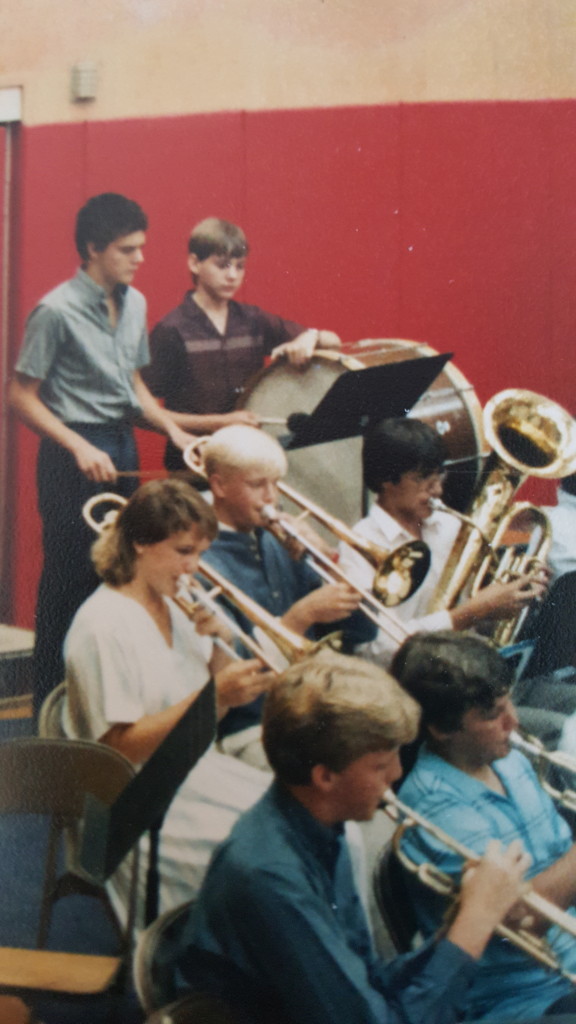 Yes, we were total band geeks!

We tolerated each other for two years, he was a junior when I was a freshman, going to band competitions and hanging out with mutual friends. The feeling we had for each other was clear, but we were civil…barely.

Fast forward two years after I graduated. I was in junior college, had wanted to transfer to UW, but that didn’t happen over the summer. So I decided to stay another quarter to finish my Associate’s Degree and then transfer to Boston, where my boyfriend at the time was. In addition to the classes I had already signed up for, I found I was two units short. Those units couldn’t be phys ed and they had to fit in my schedule of other classes and four jobs.  I found a class I could get an easy A in, had two units and could fit in my crazy schedule: Firearms 101. Woohoo! I was already an expert shot.

Off I went to add the class. While waiting for the instructor, in walked a nice lookin’ guy. I thought, “Wow, he’s cute!” Then realization hit me: it was HIM!  Oh crap!  We ended up talking while the instructor gave the tour of the range, and it was actually pleasant. We talked after class. We talked til two in the morning. We spent every day together (as friends!) until I moved to Boston.

He was at the airport every time I left or arrived. He spent holidays with my family, and my dad mentored him when he wanted to enter the Academy. He was at my first wedding. We were best friends.

After living in Boston for six long years, and a divorce, I moved to LA: all of my friends were there (including him), and I wanted to work in Hollywood as an esthetician.

In the middle of the divorce, and subsequent dating, I had started writing  a “list” of what I wanted in a partner, should I ever decide to get married again–unlikely! It was, no exaggeration, five Steno pages long. It had so much detail on it, no one believed it could happen. I had a little meditation/saying I did every night before bed. I also had a “sign” that was supposed to happen if this “perfect person” showed up. 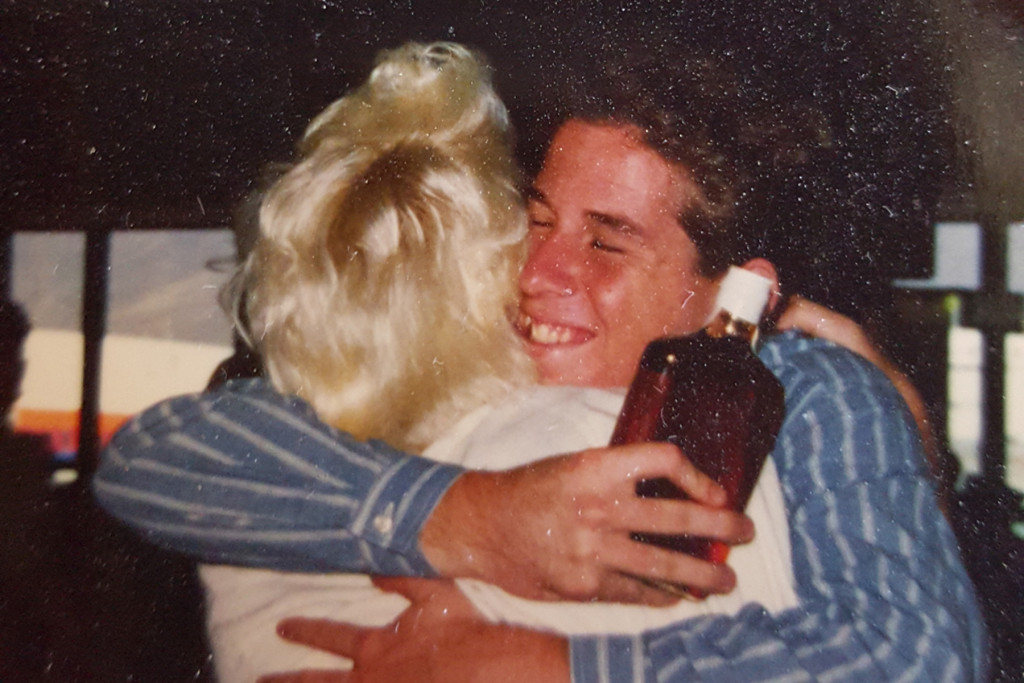 This was my “sign”: my best friend in high school had a magic trick. Whenever we hugged, it was like the whole world fell away. he passed away in 1995, and no one else could hug like that, so I was very surprised when Hubby hugged me and I felt that again. What a sign, huh?

So imagine my surprise when now-hubby came to see me and that sign happened. Wha…!  I  seriously thought God was joking with me. So I ignored it. Next time I saw him, it happened again, stronger! Before I could dismiss it, he said, “I have to tell you something: I’ve been in love with you for eight years. The worst day of my life was when you got married. The second worst was when you got divorced and said you’d never get married again.” And I don’t remember what else he said because the blood was pounding in my ears.

I went and looked at my list, I know, rude, right, leaving him hanging like that? And looked it over. Holy crap…everything I wrote, he was. There were things on the list that were still mysteries, since, you know, uh…they were *private*. Later on, I found out, sure enough, the list was spot on.

So here we are, almost sixteen years married, two beautiful daughters, seven moves, countless laughs (and tears, of course) add another eight as best friends and six in which we despised each other. We’ve known each other 30 years, which is impossible, since I’m only 28! Haha! Don’t get me wrong, there have been rough times, times we weren’t sure we’d make it this far, but it just goes to show you that you never know when that person will show up. And that they just might show up as someone you take an instant dislike to. Kind of like a movie.