Home/Personal/2017 Recap | The Crazy
Previous Next

Oh, 2017, how you vexed me. I have been waiting for today to come for the last six months, and in between, thinking today was going to be the biggest challenge I felt all year, boy, did you show ME!

Let’s back up, shall we? In September 2016, I had terrible pain in my left shoulder; I thought it was bone spurs, something I had taken care of in my right shoulder in 2013, easy peasy. Nope, I had to schedule a much more involved surgery in February 2017 to handle all the tears and growths and whatever the hell else was going on in there. My surgeon told me it’d be four weeks in a sling and then four to six months “intense PT and NO SPORTS”. Sports including roller skating. Have I told you how much I love roller skating? Like, to the point where it could probably be considered an addiction. Ok, I could roll with that, no pun intended, it’s not like it’s the rest of my life, right? 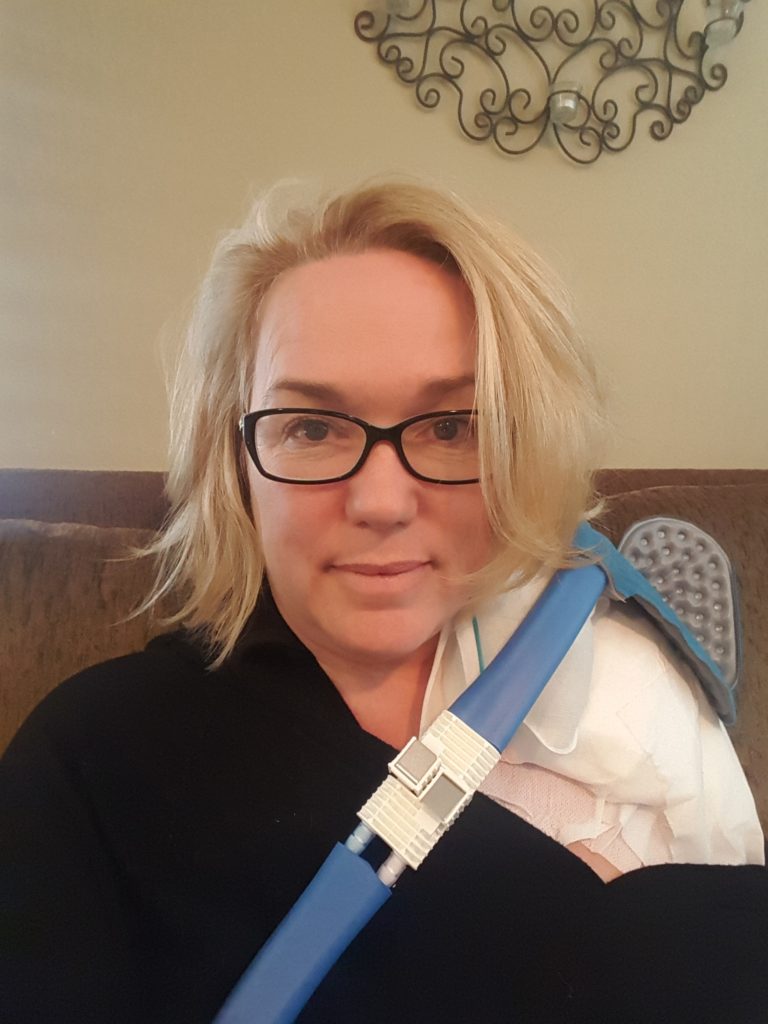 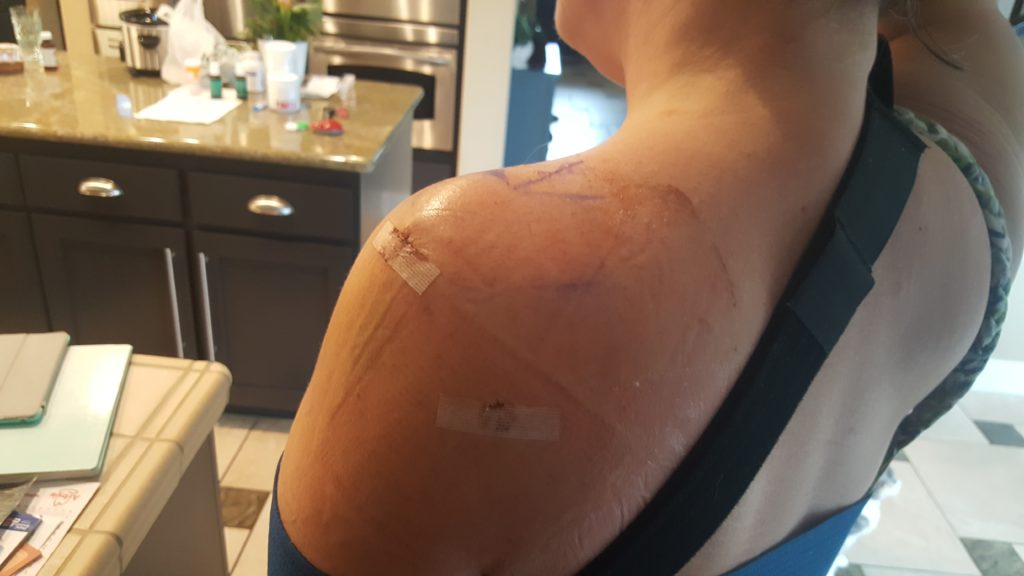 I had the surgery. When I woke up, my husband told me it was much worse than they had thought and I’d need to start PT the next day instead of a week later. Ok, no problem, I could roll with that, too. As we were driving home I noticed I had a section of my gums missing below the teeth on the right side of my jaw, like the intubation tube had nicked my skin. I wasn’t really concerned, accidents happen and it wasn’t as if I lost a tooth or something.  No problem, eyes and mouth stuff grows back really quickly, right?

Fast forward a month and I was in emergency oral surgery, as the bone had been exposed, and needed to be chipped off, as well as a procedure I will spare you the details of because the jaw had gotten infected. I was laughing in the dentist’s office, which they thought was pretty crazy since they hadn’t given me any nitrous and it was pretty serious. I said it was funny because it was so stupid and random; what else was I going to do–cry?

They prescribed me antibiotics and told me they were really strong, so I would need to take probiotics, too. Alright, throw those on top of the supplements I already take and I’ll be good to go. Shockingly (not!) off I went to the urgent care six days later because the Clindamyacin had torn my stomach apart. Still laughing, because the alternative–crying–is not in my nature and if I could laugh at it it didn’t control me.

Then about two weeks later, my dog threw up. Bad. So I took him to the vet in the middle of the night thinking he had bloat. Instead I was given what I thought was the worst news I could possibly receive in one year: Hemangiosarcoma, or spleen cancer. The vet gave him “a few days to live at best, *maybe* a month”. I was PISSED. No way was my dog going to leave me in a few days. I researched and found a pretty random study on using herbs to treat it and he’s been on them ever since. Yes, over six months later and he continues to outlive his prognosis. Score one for mama! 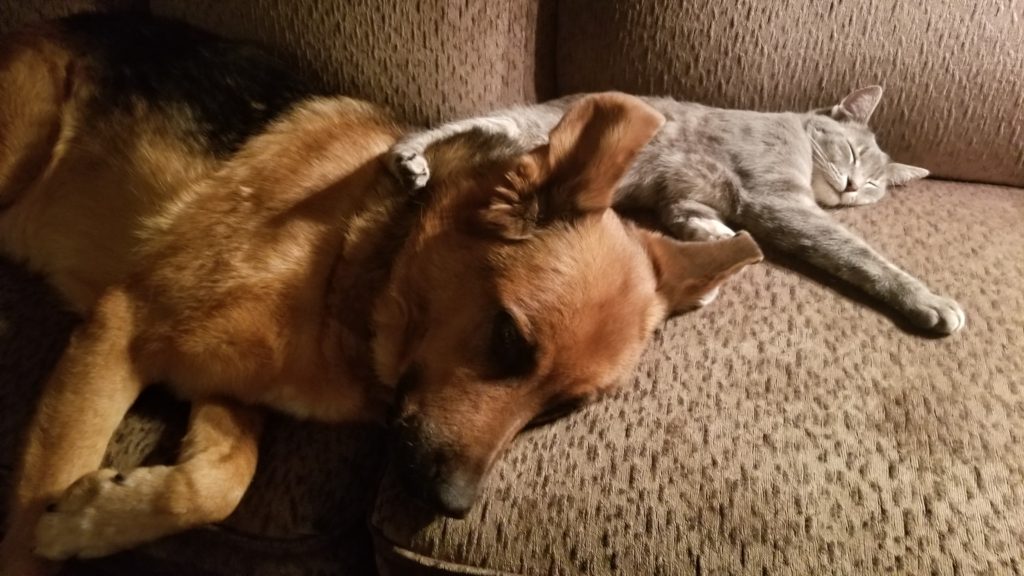 He loves his kittens.

Next up: I went in for my regular mammogram, feeling confident (clearly I hadn’t gotten the message that this was the year of screw-with-Jillian), since it had been a whole year since the last one. (In 2015, I had been back no less than three additional times to check on what I started to call my “passenger” in Lefty.) I thought I was free and clear and would automatically receive the same pronouncement this time. It didn’t exactly go that way.

I received a call back. Suffice it to say it wasn’t great news, and I was told to return in six months–late October or early November. The radiologist told me not to worry about whatever they were seeing, since “cancer grows really slowly, we just want it to be big enough to biopsy, so six months should be fine”. Uh…wut? Ok, roll with this, too, right? 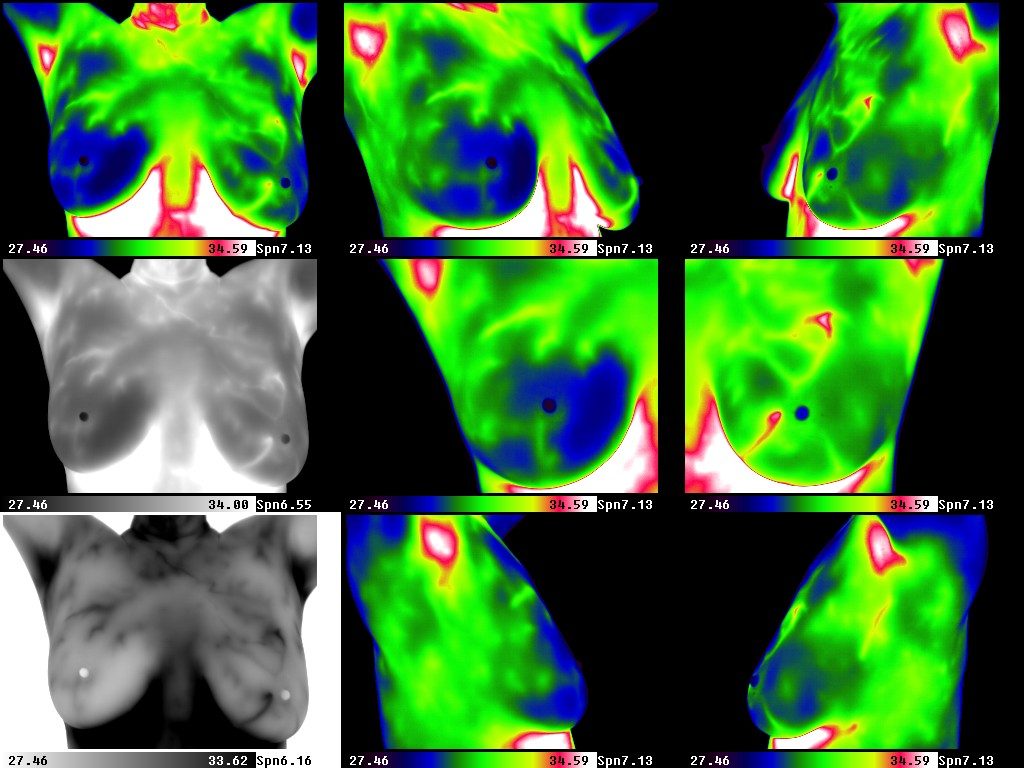 The red spot at 9 o’clock on the left breast was exactly the same spot the mammographer was suspicious about. It greatly reduced five months later based on the plan I followed from my ND and the thermographer.

I went to my Naturopath and a Thermographer to get additional screening and a better plan than to just “wait”; this was something I could fight. I adjusted my diet even more than I already had (I lost 45 pounds since October 2016), the bras I wear, added more supplements and iodine drops on my breasts every day. Sounds weird, but I was willing to try.

So by the middle of May I was SHOT. I was working as much as possible, going to PT at least twice a week, NOT skating, taking care of family like moms are wont to do (maid, grocery getter, homework supervisor, doctor appointment maker, dinner planner, etc.–you know the drill). I figured the most difficult stuff was behind me.

Then our oldest daughter crashed, mentally and emotionally. Y’all….really bad. Really, really bad. Over the summer we had to admit her to a residential treatment center for a month, then a day program, then a half day program that she was just discharged from a few weeks ago. 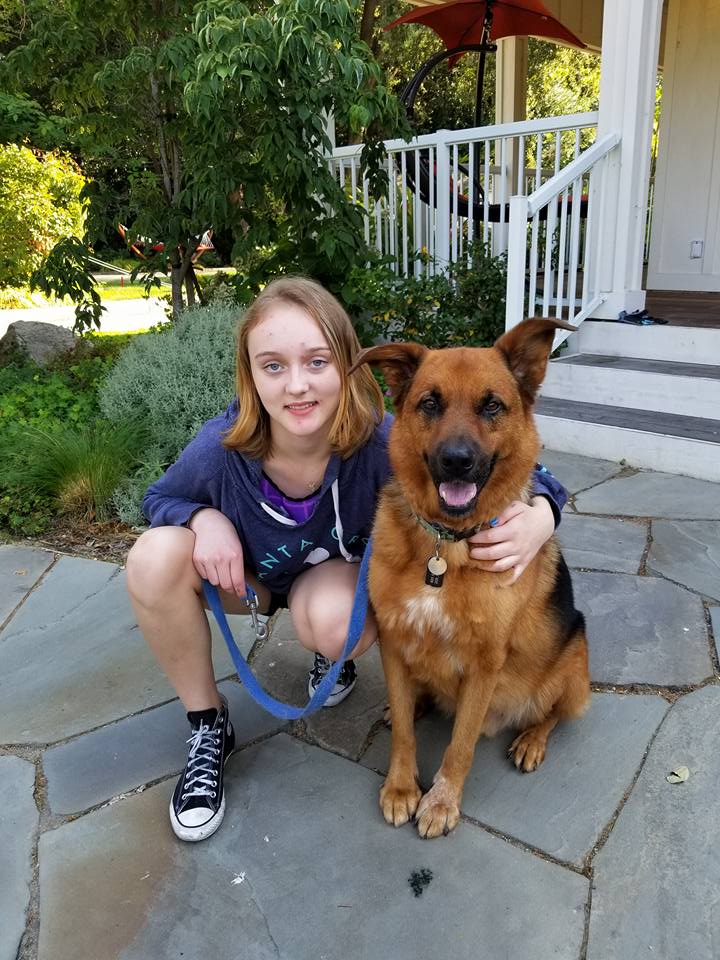 Both lookin’ GREAT at visiting day!

During all that, my husband collapsed and had to be rushed to the hospital. Another emergency hospital visit after that, a new diagnosis of high BP and then surgery a few weeks ago and he is on the mend.

Upside: he is HILARIOUS all the time–in twenty six years he hasn’t stopped making me laugh…add coming out of anesthesia and he is even more so. I got videos to entertain myself, of course! 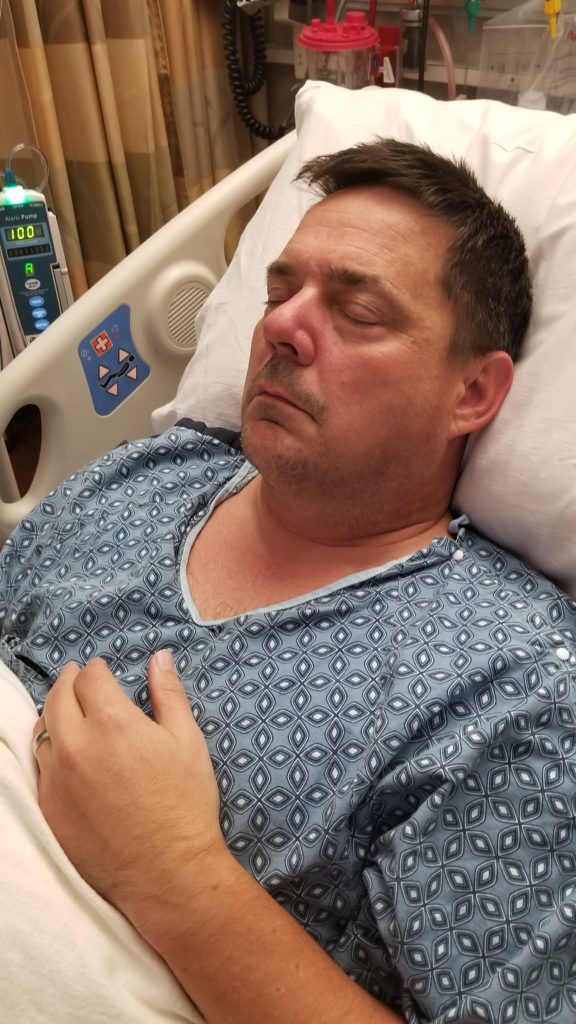 After six grueling months of PT, FINALLY my surgeon told me I was cleared. When I told him my next stop was going to be the roller rink, he started to back track. “Wellllll….maybe that’s not such a good idea…I’m not sure you should….”

I said, “If I can’t start rollerskating now, I’m going to start murdering. You’ll be first.” With a wink, of course. He quickly changed to a more positive tune and said I could go. Truth is, I had already been going for the past two weeks. I really needed an outlet for the stress. At least now I wasn’t cheating!  Life was starting to get back to normal again. 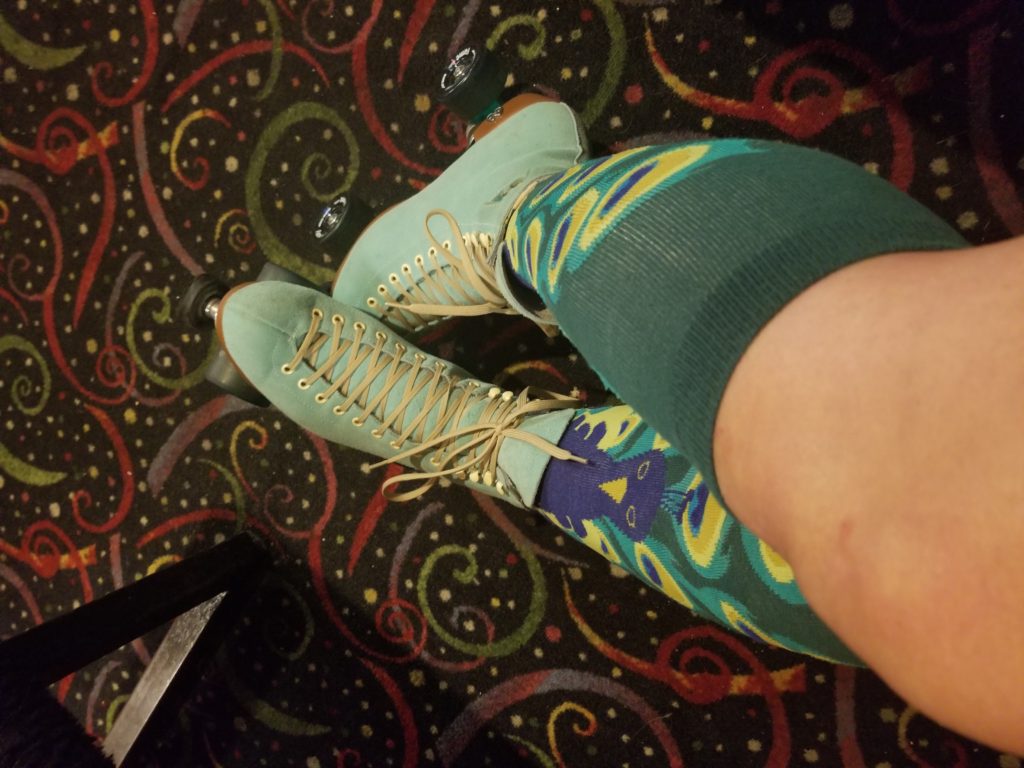 I have a crazy sock collection to go with my teal skates.

So the last hurdle was what was going on in my body.  I kept thinking that as long as I made it through my follow up mammogram, everything would be copacetic.

First step: month I went for a follow up at the thermographer’s and waited the ten days for results with baited breath. I had improved–YAY–but the left side was still considered “high risk”. The right side improved, too, but is still considered “moderate risk”.  I will continue the program they gave me and see if I can move the needle for both sides even more to “low risk”. 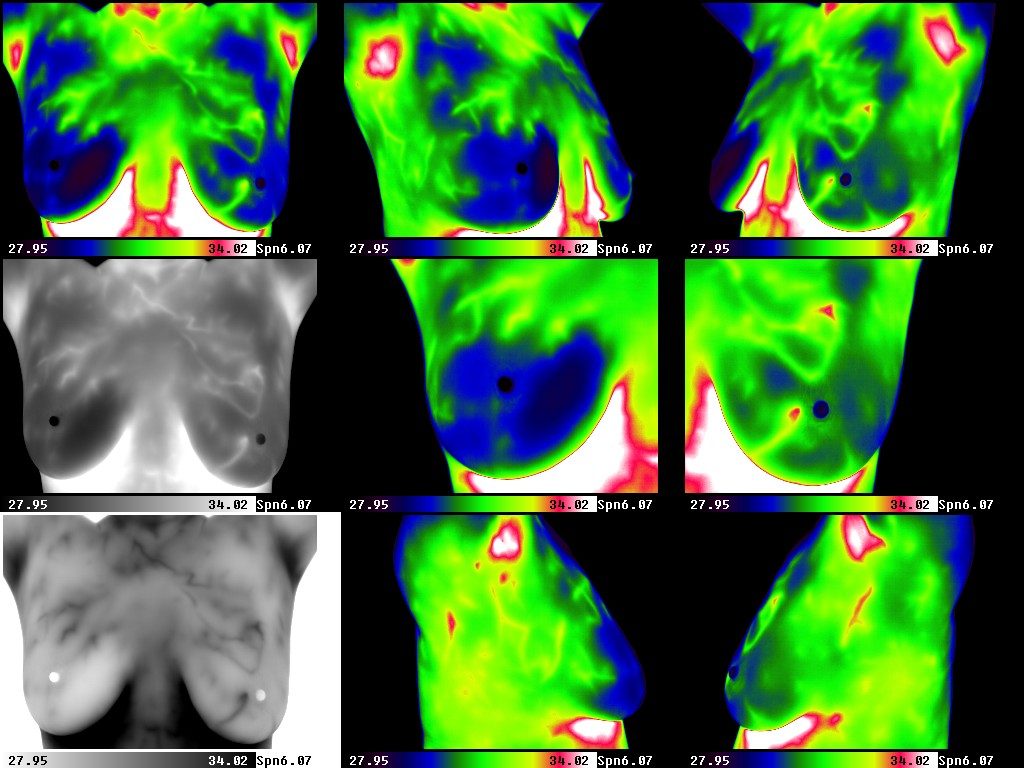 The spot they were originally watching went down by almost a full degree. Other areas reduced from “high risk”, too.

Based on what I saw with the thermography, I was hoping against hope that the follow up mammogram and ultrasound would be better, too. IT WAS. After taking a few scans, I was cleared to not return until my regular, bilateral appointment—I even got to skip the ultrasound! I am BEYOND excited and RELIEVED.

I am looking forward to 2018 being at least *slightly* easier, and enjoyable!  I am planning great things in 2018, both personally and professionally. Things look significantly brighter…

But what I wanted to tell you is THIS:

This year, there were times I really thought I was going to lose my mind–what else could hit me and mine?

One MAJOR thing that kept me going, besides my family and friends? YOU. My clients. I love you all more than I can ever express. Spending time in shoots with you during this time has made it more bearable, laughing with you, connecting with you, watching you transform fills my soul in a way I can never explain, and it made it possible to give and support and love on my family from a depth I wouldn’t have without you. My appreciation for you choosing me to document your transformation is infinite. You made it possible for me to make it through all that. THANK YOU. I raise a glass to you and count my blessings every night and you are among them.